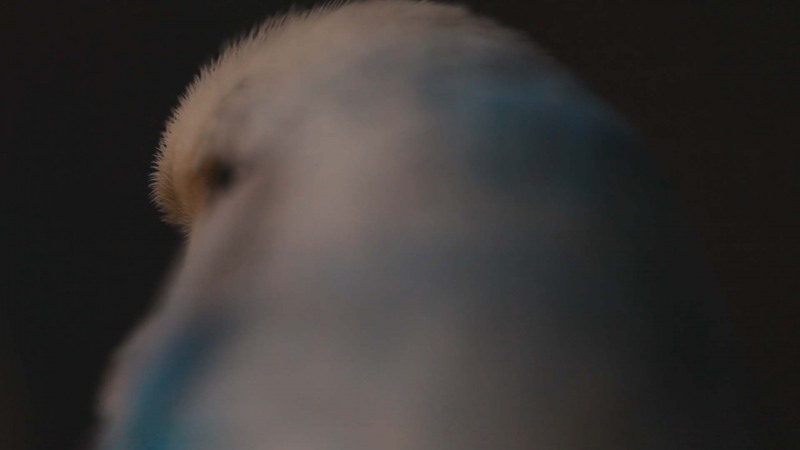 In residence at Antre Peaux for their project Endlager, Juliane Jaschnow and Stefanie Schroeder are invited to present in the exhibition their film [ˈdʊŋkl̩ˌdɔɪ̯ʧlant].

A stroll in a ghost train takes place through the ancient industrial region of East Germany around Halle/Bitterfeld that tries to get rid of its bad reputation: the chimneys and plants disappear, wellness centres appear, sheep graze under solar panels. The recent past is stocked near the new surface. The filmmakers born at Dunkeldeutschland, stumbling subjective camera, try to find the good distance. Their journey start in the ancient film plant ORWO at Wolfen where the employees used to work in total darkness. The film transports the public inside this place to a sensorial journey towards initially unknown spaces that progressively shut up a belonging region.

It presents surprisingly the integration of socialist Germany – ironically called by the Occident the Dark Germany – and the definition of a new perimeter. The darkness and other hidden sensation of the places drop the public in constant territory discoveries, associated with opening and closing feelings, distance evaluation, and study of new measures. The film superposes past and future in sensation layers that oscillate between disappearance and invention of a place.

Juliane Jaschnow is a filmmaker and an artist. Her work is about collective tales and the memory processes, their identity creating dimension and the role of political practices of the image. She studied visual arts specializing in enlarged cinema and photography at the Leipzig Visual Arts Academy. She is a graduate of the Professional Media Master Class (PMMC) for artistic documentary films and of the PMMC Lab of the Werkleitz Center for Media Arts. Her work has been presented in international festivals and exhibitions such as transmediale Berlin, Deichtorhallen Hamburg, National Gallery Prague, DOK Leipzig, steirischer Herbst Graz. She is a member of the film initiative FILZ of Leipzig.

Stefanie Schroeder is an artist who works primarily in photography and films. She tries to combine a documentary approach with strategies coming from the conceptual art and performance, including often autobiographical aspects. The social usages of photography and video, the work and its images, the landscape transformation processes (mental) are some of her main centres of interest. She studied art history and artistic education at the University of Greifswald and photography and mediatic art at the HGB of Leipzig. She is a former student of PMMC Masterclass and PMMC Lab of Werkleitz e.V. Halle and member of the artist collective Filmische Initiative Leipzig FILZ. She currently participates to the pilot program for the experimental film of MDM.