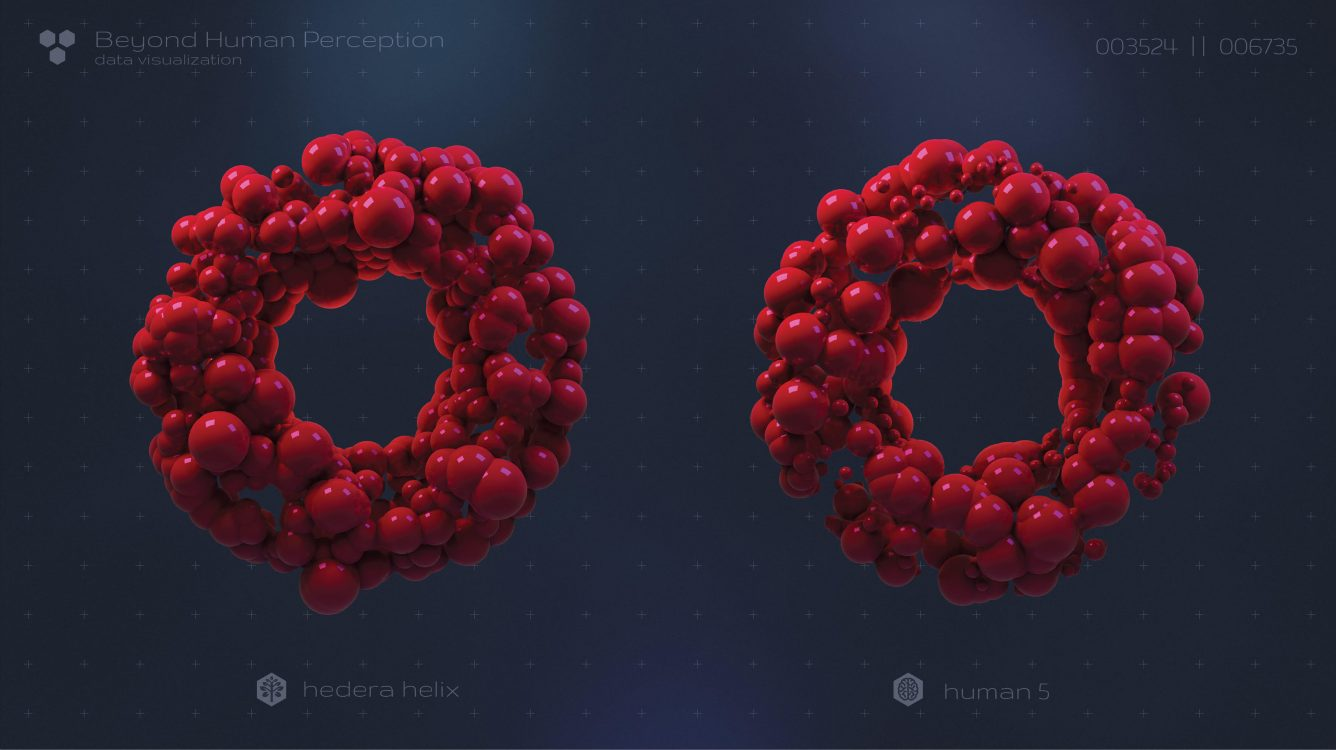 This video installation permits to the public to visualize and compare the reactions of humans and plants to a common stimulus: live music. It erases the communication and understanding borders between two living beings and highlight the immediate reactions of the plants to the changes surrounding them.

The installation is the result of several sessions during which the cerebral activity of the humans has been measured with the help of waves registered by EEG at the same time that electrical oscillations that take pace in the plants, evaluated thanks to a sensor developed by the artists that detects immediate changes in the plants.

Because of the use of mathematics and Fourier’s rapid transformation, the data of humans and plants can be compared and posted thanks to an algorithm developed by the artists, and that enables the public to see them in the form of small spheres that move in the geometrical of the torus. The graphic representation can simultaneously be seen in a video enabling the public to find models comparing reactions of two living beings to live music.

The installation is composed of two synchronized videos opposite each other: the first with the concert for the plants and the humans and the second with the visualization during the performance of the reactions of the two living beings.

María Castellanos and Alberto Valverde (uh513) started to work together in 2009. María Castellanos is an artist and a researcher holder of a doctorate in arts from the University of Vigo. Alberto Valverde is an artist and a technologist. They have based their joint research on hybridisations between cyborgs and wearables (clothing) as a paradigm for the extension of the human sensory capacities and the creation of complex systems promoting communication and understanding between humans and plants.